Raspberry Pi Heat Sinks – Temperature before and after

Raspberry Pi heat sinks – are these needed to keep things cool and running optimally or overkill? Two years ago I purchased a small 3 piece set of copper heat sinks from Ebay for my Raspberry Pi, I was intending to compare the temperature differences with and without them. This was inspired from the testing I did in my Raspberry Pi overclocking benchmarks however I just never got around to putting the heat sinks to use – until now!

END_OF_DOCUMENT_TOKEN_TO_BE_REPLACED

Today it has been announced that if you are using the Wheezy image of Raspbian you can update to allow dynamic overclocking without voiding warranty. I’ve been using my Raspberry Pi for a little while now and have begun to notice the CPU limitations when compiling code and performing other tasks so I jumped at the opportunity to give this a go. I’ll briefly go through the steps I went through in order to update the OS, as well as provide a basic benchmark that will display the changes. 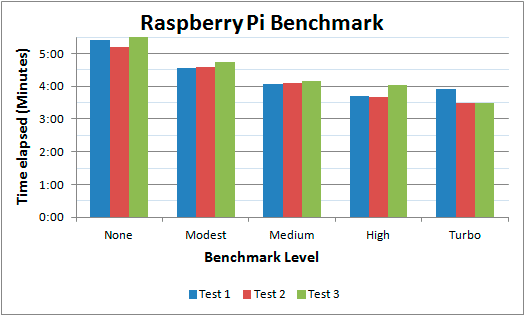 END_OF_DOCUMENT_TOKEN_TO_BE_REPLACED

Compiling Synergy from source on the Raspberry Pi

Recently I set up my Raspberry Pi and the first thing I wanted to do to make it usable was to get Synergy working. Synergy is a program which you can use to essentially connect two computers together so that you can interact with both using just one keyboard and mouse.

I’ve previously used Synergy on x86_64 based operating systems without problems, but never on ARM – which involved compiling Synergy from source. As I had a few problems along the way to solve I figured this post would be useful for people going through the same process.

END_OF_DOCUMENT_TOKEN_TO_BE_REPLACED 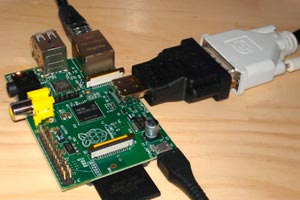