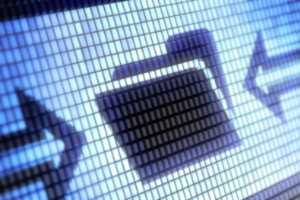 END_OF_DOCUMENT_TOKEN_TO_BE_REPLACED

A Citrix XenServer dom0 currently runs with a 4GB root partition which is pretty small by today’s standards. A small amount of usable storage space can be quite easy to quickly fill. It is therefore important that dom0 has free space in order for it to operate correctly. Here we will cover some different methods that can be used to free up disk space within XenServer.

END_OF_DOCUMENT_TOKEN_TO_BE_REPLACED

LVM Resize – How to Increase an LVM Partition

Here we show you how to expand an LVM volume or partition in Linux by first resizing logical volume followed by resizing the file system to take advantage of the additional space.

See here if you’re instead trying to do the opposite and shrink an LVM volume.

END_OF_DOCUMENT_TOKEN_TO_BE_REPLACED

LVM Resize – How to Decrease an LVM Partition

Here we show you how to shrink an LVM volume or partition in Linux by first resizing the file system followed by resizing the logical volume.

See here if you’re instead trying to do the opposite and expand an LVM volume.

END_OF_DOCUMENT_TOKEN_TO_BE_REPLACED

Previously I’ve covered how to increase disk space in Windows server, now we’ll be outlining how to do the opposite by shrinking the disk space for a virtual machine running Windows Server 2012 R2. Firstly we will be shrinking the file system within the operating system, and then shrinking the actual virtual disk afterwards to reclaim space.

As of Windows Server 2012 R2, Hyper-V allows us to dynamically shrink and expand the size of our virtual hard disk while the virtual machine is still running, meaning that there is no down time. Prior to 2012 R2 you would have to shut down the virtual machine to complete the process, I’ll cover where that’s done later on in case you’re using a version prior to 2012 R2.

Shrinking the available disk space on a server may allow us to use the space elsewhere, perhaps on another virtual machine. Typically most provisioning nowadays is thinly provisioned where the virtual disks will only be the size of the data stored on them rather than wastefully statically assigning the total space of the disk, so this may not be very beneficial for you. With that in mind there are still times where you may want to shrink the available disk space on the server to prevent a user using it. For example a service provider may have a customer looking to downgrade their disk space and we would want to shrink their disk back so they do not use space they are no longer paying for.

END_OF_DOCUMENT_TOKEN_TO_BE_REPLACED

This post will cover how to increase the disk space for a VMware virtual machine running Linux that is using logical volume manager (LVM). Firstly we will be increasing the size of the actual disk on the VMware virtual machine, so at the hardware level – this is the VM’s .vmdk file. Once this is complete we will get into the virtual machine and make the necessary changes through the operating system in order to take advantage of the additional space that has been provided by the hard drive being extended. This will involve creating a new partition with the new space, expanding the volume group and logical group, then finally resizing the file system. END_OF_DOCUMENT_TOKEN_TO_BE_REPLACED