Raspberry Pi Heat Sinks – Temperature before and after

Raspberry Pi heat sinks – are these needed to keep things cool and running optimally or overkill? Two years ago I purchased a small 3 piece set of copper heat sinks from Ebay for my Raspberry Pi, I was intending to compare the temperature differences with and without them. This was inspired from the testing I did in my Raspberry Pi overclocking benchmarks however I just never got around to putting the heat sinks to use – until now!

The 3 piece set of heat sinks that I purchased in January 2013 cost around $10 and is pictured below, however there are cheaper options available now. There are plenty of different types of Raspberry Pi heatsinks on Amazon.

First of all I wanted to get an idea of the temperatures before applying the heat sinks, normal operation if you will. Below is a picture of the Raspberry Pi that I am testing with, it’s just a standard model B version. It had a plastic case over it however I removed the top half for my tests so that it was in the open air rather than there being a build up of hot air inside the case, and I would have to take it off to put the heat sinks on anyway. 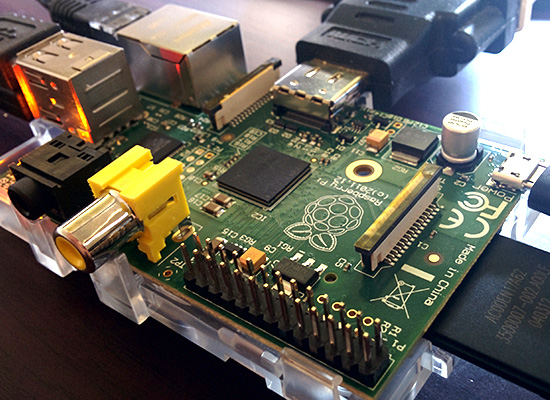 Here’s what it looked like with the heat sinks applied, I performed the same tests before and after applying these. 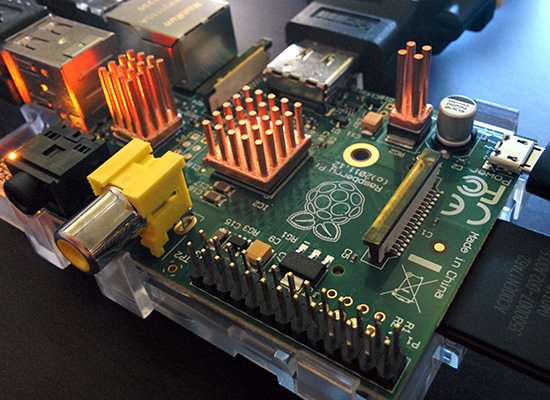 All tests were conducted with the room temperature at 24°C, the Raspberry Pi was not overclocked and was running Raspbian with all default settings. I ran the same Python script which calculated prime numbers that I have used in my previous benchmarking tests as I found this was good at maxing out the CPU usage.

While the prime number script was running and using all CPU resources, I had the below script running which uses “/opt/vc/bin/vcgencmd measure_temp” to output the temperature in °C, the sed commands just clean the output up a little so that the output is just the number, allowing me to stick it straight into excel to graph the results.

The tests ran for 5 minutes each, however I only have around 250 temperatures recorded rather than the expected 300. I’m assuming this is because there was either a delay during the sleep, the execution of the vcgencmd command, or writing the output to disk as a result of all CPU resources being in use, regardless of this we still have comparable results run over 5 minute periods.

Below is a graph outlining my results over the 5 minute period. 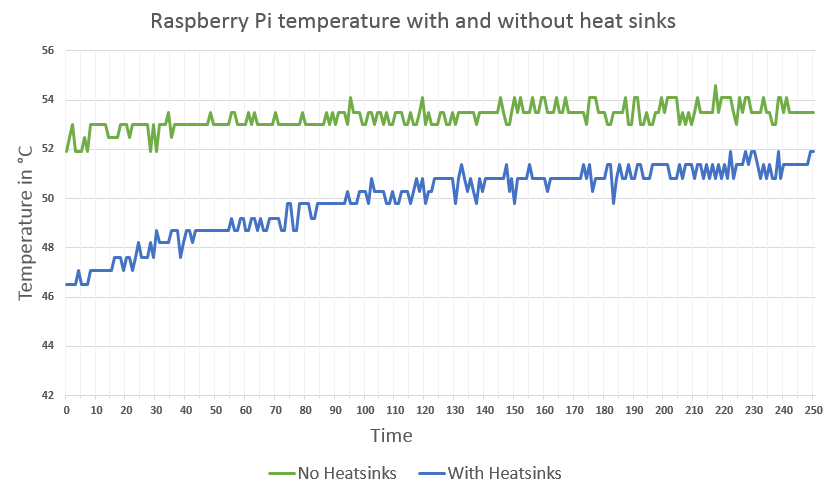 So are heat sinks for a Raspberry Pi worth it? Based on these temperature differences, no not really, which is what I expected. Personally I like the look of them and will be keeping them on, perhaps I’ll see how the differences go while overclocking it. The slight differences in temperatures aren’t really enough to justify the heat sinks so they are definitely not required. Of course if you are really after cooler temperatures perhaps in an effort to get the most out of your hardware then you could install them for only a few dollars, just keep in mind that the benefits are quite small.

If the board required heat sinks to operate then it would likely have came with them, so while not required to operate you can certainly make use of them for a small temperature difference which may help improve longevity of the device, though as the Raspberry Pi is designed to be extremely cheap this is probably not an issue.

You could potentially get much cooler temperatures with the heat sinks on if a constant air flow was applied. Heat sinks remove the heat better with air flow, which is why components such as the CPU cooler of a computer typically have a fan. I blew over the heat sinks with my breath for a few seconds and the temperature dropped from around 51 to 46 which was quite a substantial difference, so placing a small fan nearby would further lower the maximum temperatures.