I used the current free version of HD Tune to get a simplistic benchmark of the read speeds on Windows 7 + OCZ Vertex 2 to compare with Windows 8 + Intel 520 Series, here are the results. 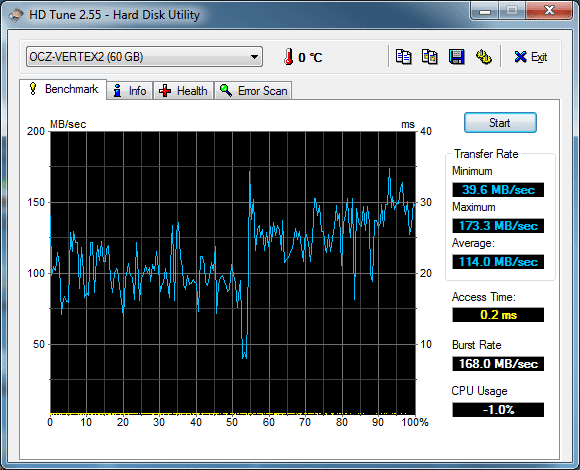 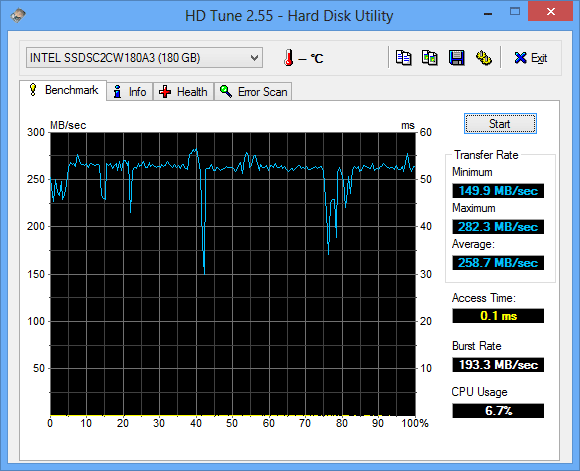 As can be seen the new SSD read speed is more than double that of my old one in this particular test which is good to see. In combination with Windows 8 being faster than Windows 7, this upgrade has increased performance noticeably.