The control flow guard feature was added to Microsoft’s Visual Studio 2015 and works with both 32-bit and 64-bit versions of the Windows operating system that are control flow guard aware, which are Windows 8.1 or newer on the client side and Windows Server 2012 R2 or newer on the server side. Code that has been compiled with CFG enabled will still run just fine on older versions of Windows, so this isn’t a reason not to enable it.

CFG is a security feature which extends DEP and ASLR, and helps protect against memory corruption vulnerabilities by enforcing restrictions on where an application can execute code from. In doing so, bugs such as buffer overflows are more difficult for an attacker to exploit.

Usually to enable control flow guard you don’t have to make any changes to your code, it’s as simple as enabling an option in your Visual Studio 2015 project. To enable CFG, select Project > Properties > Configuration Properties > C/C++ > Code Generation, and set Control Flow Guard to “Yes”. 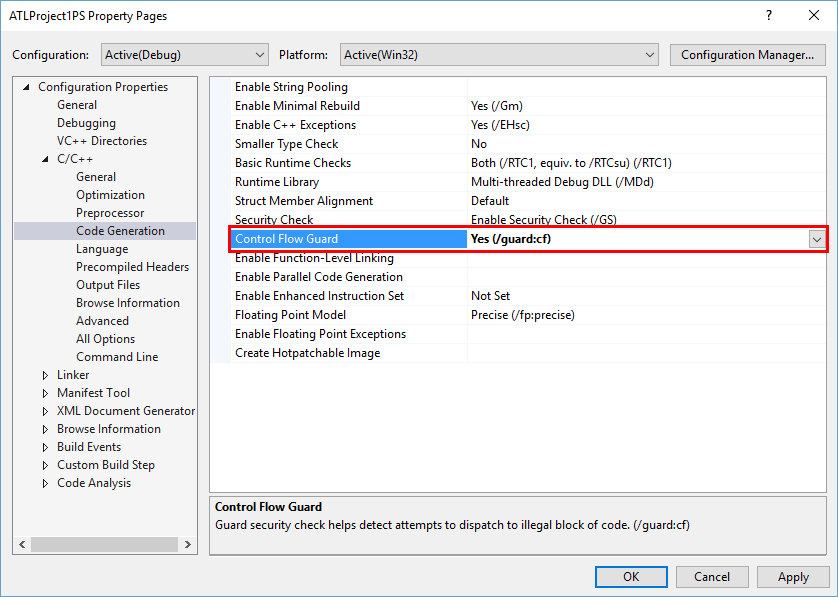 For an in depth look at control flow guard I suggest checking out “Exploring Control Flow Guard in Windows 10” by Trend Micro, which I found to be quite an interesting read.