How To Install KDE Plasma GUI In CentOS 7 Linux

This quick guide will cover how to install the KDE Plasma desktop on CentOS 7, which will provide a GUI for working with the Linux system. While I don’t suggest using a GUI on a production server, it’s a good option if you’re using CentOS as a desktop.

The Plasma desktop is the default environment in many Linux distributions such as openSUSE and Kubuntu. 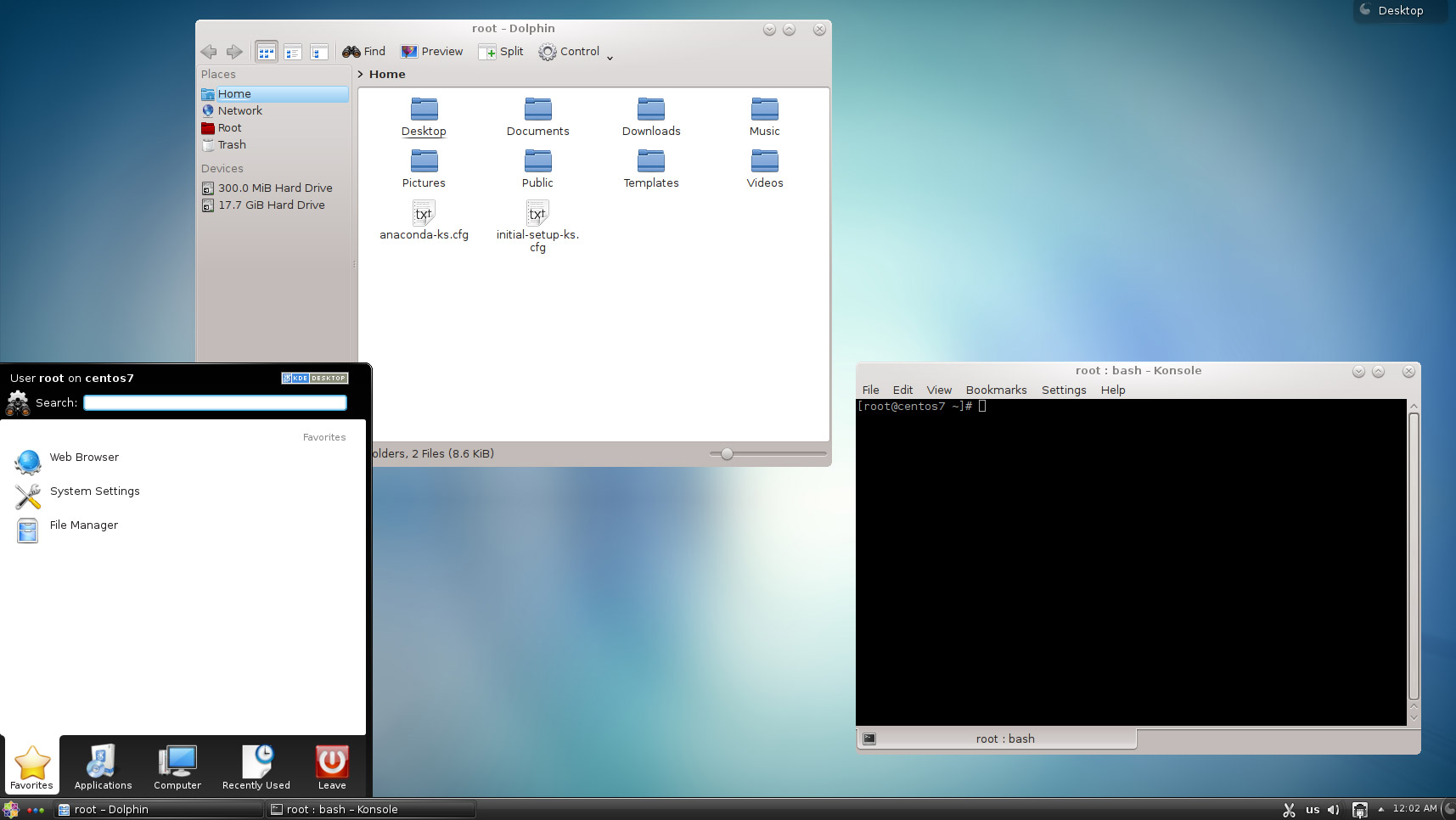 While there are many different graphical user interfaces available for Linux, in this example we will be using KDE Plasma workspaces.

Installing the KDE Desktop is now as simple as installing the “KDE Plasma Workspaces” package group, which is already configured to install hundreds more packages that are required for a GUI installation.

Note that this may take a while, on my minimal installation I needed to download almost 1000 packages which took up almost 2GB of disk space.


When you’re at the login screen, simply select the cog icon and confirm that KDE Plasma Workspace is selected, as shown below. This preference should be remembered and automatically selected for next time. No other options are displayed here as we only have KDE installed, however if we also installed a package group such as “GNOME Desktop” we would have a selection to choose from. 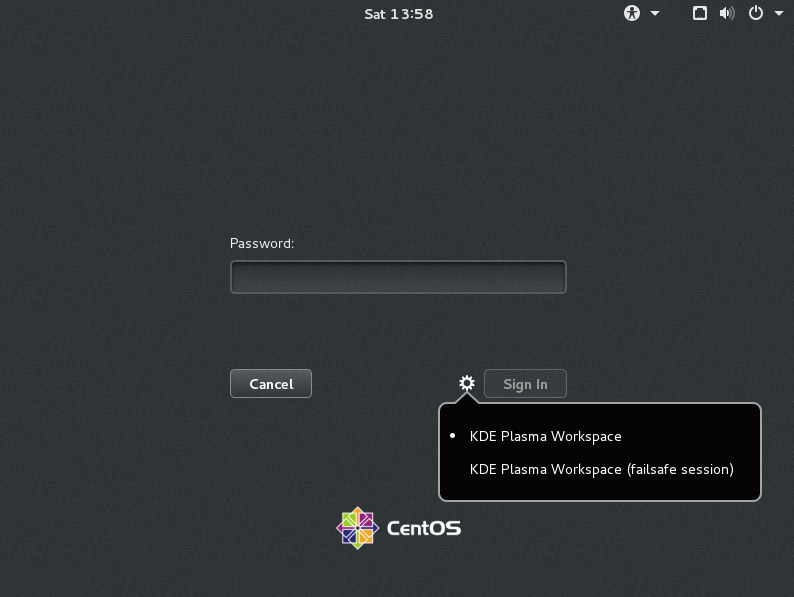 If you’ve installed the GUI on a server and realized that it was a terrible mistake, don’t worry! We can also undo this by simply using yum to remove the “KDE Plasma Workspaces” package group

As shown we can easily install the KDE Plasma Workspaces desktop group of packages in CentOS 7 Linux, which will provide us with a graphical user interface that can be used for managing and interacting with the system.

How To, LinuxLinux
← How To Fix MariaDB 10.0.29 SELinux Update Failure
Configure WSUS reporting in Windows Server 2016 →
Leave a comment ?